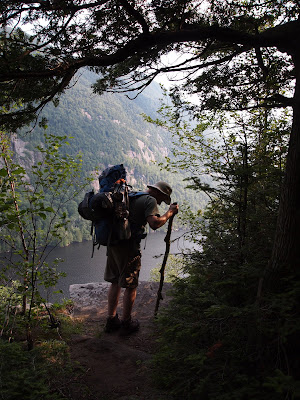 Feeling grateful for... this man. This man has carried a load that many wouldn't (be able to). Cheering me on, rocking the role of Mr. Mom, lifting us up on the hard days, and sacrificing his own needs/wants for me to pursue a dream. I LOVE this picture... he volunteered to be with me on the climb, but he took on much more than we bargained for. The last 3 years has been a spiritual battle like no other and as he put it, "we're at the summit standing at the tree line".  John 10:10 has never been more evident in this last season... with our own sweet flesh and blood being taken. We're scratched, bruised, and broken but we are standing. I can say with confidence, not only would I not be standing but I wouldn't be here if it weren't for the love of God lived out through my husband. We have hope. It's a huge honor to have earned the advanced degree I have and with God's blessing He is taking us to a place that moves our souls, will allow us time to play, explore and connect. I. Am. Grateful.
Posted by Tiffani Hughson at 7:22 PM No comments:

Common phrases we say out of naivete 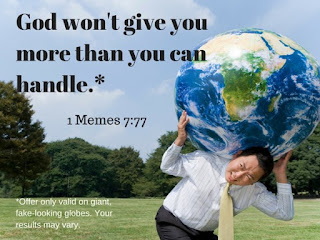 This past week I heard this phrase used a few times in passing.  Prior to 10-21-2015, I said it too.  Truth is, it's laced in naivete and won't be found in the bible.  I recognize it's always said with good intentions, but for those of us who have been 'given' more than we can handle, it's disturbing.  This is a good, quick read:

Posted by Tiffani Hughson at 7:39 AM No comments: 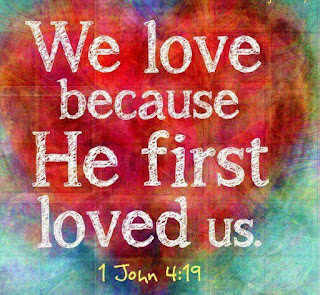 Posted by Tiffani Hughson at 5:35 AM No comments: 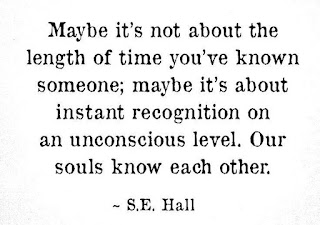 This may be a bit of a soap box post... I was given a new perspective after our loss of Vivian and it seems like I'm denying her if I don't share some points that may potentially make a difference...

This weekend I had the honor and privilege to be a part of another birth, an amazing birth (I know, they're all amazing, but this one was a little more so).  In the middle of labor, the proud Grandma pulled out her phone to show us a video of her grandson (soon to be big brother) who was around 3yrs old.  In the video, he had his hands on his Mom's baby bump, smiling and instructing the baby to come out.  He told baby that he had toys for him/her to play with.  He then leaned his head on his Mom's belly with arms wrapping around her bump and said in a tender voice "I love you baby."

This was precious.  This was joy dancing with pain for me.  Moments like these make me feel less alone and crazy.  It's that soul connection as a culture we ignore or are unaware of.  This little boy had a soul connection to his baby brother/sister.  He is incapable of thinking this connection into existence, just as we are as adults.  We can not think through it or out of it when a soul is taken from us earth side.  My husband and our two boys had a soul connection to our Vivian.

I hear all too often the stories of older couples in their 80-90s who lost a baby/child decades earlier who will break into instant tears when they think of their loss.  It never goes away.  No matter how many kids they have, it is a loss that is not quantified or lessened because they have other living kids.  We don't love our subsequent kids less because they came later, that's ridiculous.  In the same way, fathers don't love their babies less than mothers just because they didn't physically grow them in a womb.

Our souls know each other.

Almost to the Peak 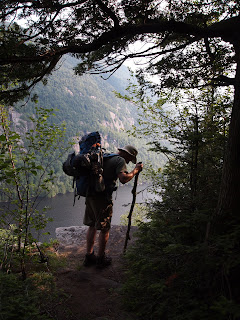 So this post may have been inspired by listening to Brene Brown on my drive home from a 24hr call shift.  You really should pick up Braving the Wilderness.

My family and I know and feel how close we are to reaching the peak of the 'mountain'... grad school.  We carry the daily loss of our Vivian, adding much weight to our journey.  I told my boss when she hired me after leaving labor & delivery (for a much needed heart break), that I didn't know how this last leg of grad school would go for me.  I had no way to predict how I'd handle being with laboring women and catching their babies as a student nurse midwife.  I have yet to lose it, but I recognize that I'm not fully joyful and in the moment like I'd like to be.  There is pain mixed with their joy and I can't shake it.  It just is what it is.  I just read a post from my favorite blog 'Stillstandingmag.com' about living with trauma and the writer posted the definition and this is what she found:


trau·ma
ˈtroumə,ˈtrômə/
noun
noun: trauma; plural noun: traumata; plural noun: traumas
1.
a deeply distressing or disturbing experience.
"a personal trauma like the death of a child"
I share this because, though I'm thankful few 'get it', it's important to recognize that working through trauma is a long ass haul.  Pardon me for a minute, cause I could do a thousand bunny trails right here and picking one is difficult...  The picture above is my husband.  This was our unsuccessful attempt at climbing Sawteeth mountain in the Adirondacks of upper state NY.  Mind you, we did choose the most scenic, toughest trail to climb.  His pack was weighted down with more than what was needed and after climbing over steep boulders and inclines for hours, we made the decision to turn back.  It was tough coming to the realization that we weren't going to make it to the peak.  We were low on water with 2 young boys in tow and had no idea where the next water source would be.  A rather LARGE error in planning!  Add to the mix, exhaustion, sore feet and it was getting dark.  That was the hardest physical journey we'd ever been through, but it pales in comparison to the emotional/psychological journey we've been on.  My husband pointed out the other day that he has never had a time in his life that he has had to persevere and dig deeper than deep for stamina to finish a 'climb'.  We are carrying as light a load as we can... cutting out busyness, saying "no", not staying for both the 7th & 8th grade basketball games, limiting time with friends, driving old cars, not volunteering, eating out less and so on.  Add that the everyday stressors of life are still present and magnified; something only those with deep grief can understand.

I'm hopeful when we've reached the grad school peak in May/June, we'll feel we have a win.  We need a win.  I pray my husband will have margin in his brain & days to think about & do the things he enjoys.  I pray my boys will have 2 less stressed parents to be around and laughter will be a greater part of our days.  I pray that I'll love serving and learning from women as a nurse midwife and can throw some pots again.

For now, we're still climbing one boulder at a time with a weighted down pack we didn't ask or plan for.

Posted by Tiffani Hughson at 5:43 AM No comments: 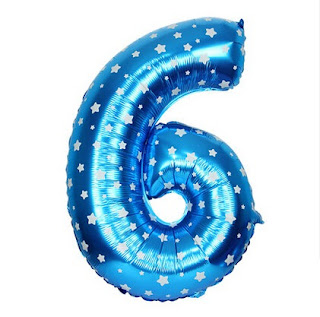 Gaining independence.  Sutured an entire 2nd degree perineal laceration with a little coaching from my Preceptor.  Caught Baby #6!  There is heartache amidst the joy at every birth (#Vivian).  My husband is my rock.  I didn't feel I supported a young teen through her first labor as I should have.  Tired.  Pearls, hair in a bun, & make up still looked perfect through labor & birth... amazing.  My Mom's cancer scare is behind us.  It's not good to accidentally put your phone on sleep mode when on call.  Stop reaching for the bulb syringe out of habit... most newborns do not need to be suctioned right away at birth, wiping is sufficient and prevents causing a possible drop in heart rate, damage to mucosa and lower apgar scores.  Cafeteria food is not good.  I think I'm really going to love this.


Posted by Tiffani Hughson at 8:14 PM No comments: 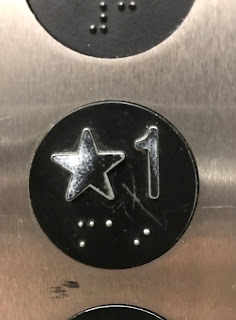 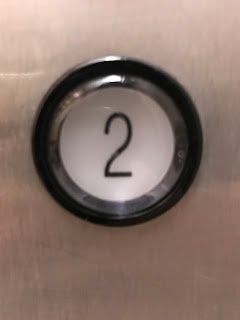 2 babies in 5 weeks... slow on the take off, but amazing none the less! 38 more to go.  During my hour and a half drive home this morning, I was thinking this leg of my journey seems so surreal.  During each visit with women, the knowledge in my head is like swiss cheese with 'holes' of data missing.  I love filling the gaps.  I really do love learning... listening to the midwives I'm with, looking up evidence to support a practice or treatment, and learning from the women I meet.  Here's a synopsis of the last few weeks (my intentions were to keep up weekly = fail).

To receive the encouragement from my husband & boys to go and catch a baby is both humbling and empowering; metal speculums ARE better than plastic; menopause sucks (it was news to me that, generally speaking, women in their 60's are either not having sex any more or not very often - reality check); I found every cervix this last week - they can be a bit elusive sometimes; a small snip to the hymenal ring during 2nd stage can make a big difference (this is NOT an episiotomy, which should rarely be done by BTW); I've never seen so many shades of purple & blue inside a vagina after birth - it looks like a war took place in there!; LOVED spending a day with the Amish...they may have some interesting rules, but they exude peace, have a simpler way of living to be respected, and know how to tolerate labor & birth with little complaint; on the day I caught my first baby, on my drive home there was the biggest letter V front & center in the sky made by the paths of jet planes... Vivian knew how big of a moment this first 'catch' was for me; packing a lunch is wise; the warmth of a newborn baby in my hands feels like... love magnified.  I am blessed. 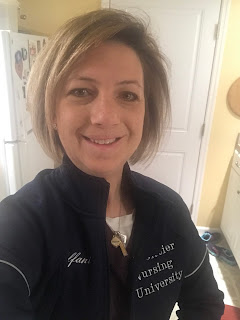 A MUST see film for any expectant mother... 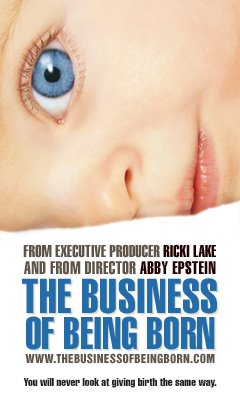